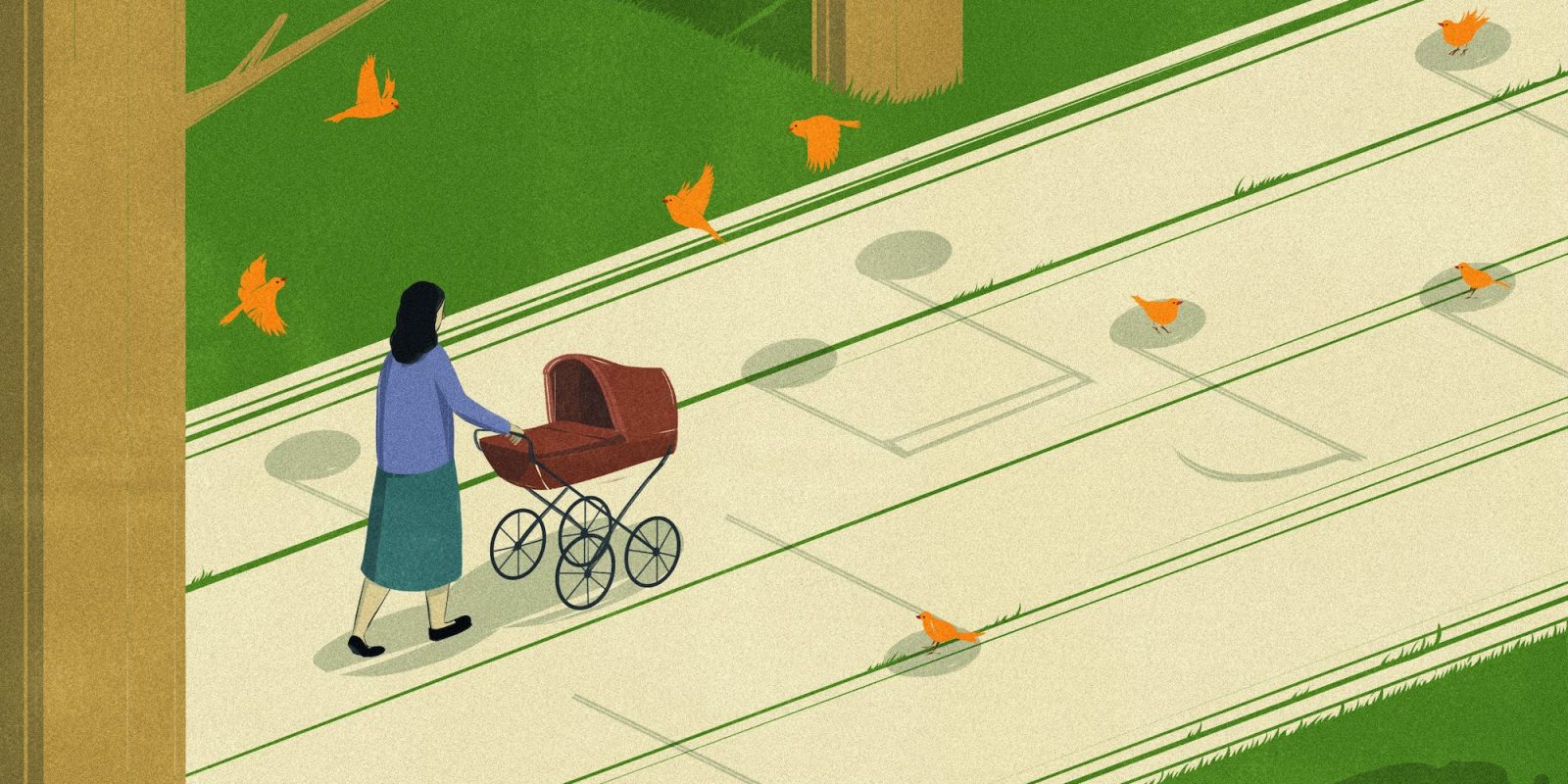 Researchers say that singing is among the most meaningful activities we share with children.

I can’t explain the first song I crooned to my sleeping granddaughter, just hours old and bundled like a burrito in a hospital blanket and striped cap. Not Brahms, which would have been classy. Not a Yiddish folk tune, though I’d claimed the name Bubbe, Yiddish for grandmother.

No, it was a ballad I probably hadn’t deliberately listened to or thought much about in decades: “Surfer Girl,” by the Beach Boys. Maybe it welled up because of the lyrics (“made my heart come all undone”).

But lyrics can’t account for another oldie that materialized more recently: a 1957 doo-wop hit, “Mr. Lee,” by a girl group called (I had to look this up) The Bobbettes. It’s catchy, though hardly profound, and my granddaughter liked that little hiccup in the chorus. But even as I was singing, I wondered: Where did that come from?

Polling other grandparents about what they sang first, I heard about lullabies and children’s songs in several languages, about tunes learned from people’s own grandparents. “You Are My Sunshine” proved popular. Inspiration came from the Beatles, Dean Martin, Bob Marley and Barney.

My friend Dale might take the obscurity prize: She sang her still-tiny grandbaby “Does Your Chewing Gum Lose Its Flavor on the Bedpost Overnight?” — a British pop novelty. Dale isn’t old enough to remember when it hit the charts in the United States in 1961; she learned it at camp, a lifetime ago. But here it was again, as her children gaped.

Some folks planned what to sing, but for many of us this music simply emerged, unbidden and unexpected. It made me wonder whether barely remembered refrains get stored in some compartment of our brains, waiting years for emotional moments to release them.

Researchers study such things, the neurocognitive aspects of music, so I tried out my hypothesis on a couple of leading scientists. They gently disabused me. No, there is no nook in the hippocampus where we stash old ditties; music engages many parts of our brains.

“It’s not like the brain is a hard drive, with one folder where we store all this stuff,” said Samuel Mehr, principal investigator of the Music Lab at Harvard. (His first song to his new son was Paul Simon’s “American Tune.”)

But my conversation with Dr. Mehr, and with the psychologist Sandra Trehub of the University of Toronto, reinforced what many grandparents intuitively know: Singing to children, as people around the world do, is among the most meaningful activities we share with them.

Scientists have learned a lot about babies and music in the decades since I was a new parent, using inventive lab experiments that measure babies’ gaze, their behavior, even their heart rates and stress hormones. They report that tiny infants show sensitivity to rhythm and pitch and can distinguish familiar melodies.

His work has demonstrated that 5-month-olds whose parents sing them a song for just a week or two remember that melody eight months later. When they encounter strangers who sing to them in the lab, they pay more attention to someone singing the familiar melody than a different song, even one with the same words and rhythms.

Similarly, at 11 months, babies exposed to a song for one to two weeks will choose an object (a small stuffed lion, say) offered by a stranger singing the familiar song, preferring it to one presented by a stranger whose song they don’t know.

Infants pay more attention to singing than to speech, Dr. Trehub has shown, and that can pay off.

In a dim lab, 7- to 10-month-olds will listen to recorded singing for an average of nine minutes before they start fussing or crying, twice as long as they attend to recorded speech. “It’s a terrific distraction from a distressing event,” Dr. Trehub said. “You start singing and they’re completely transported.”

Babies confront a rush of strange new sights, sounds and experiences. That may explain why they respond so strongly to repetition. When we sing the same songs over and over, “infants have expectations about what comes next,” Dr. Trehub explained. “When their expectations are fulfilled, that’s rewarding and comforting.”

Eventually, they not only feel soothed by music but can use it to comfort themselves. I’m the Thursday day care provider for my granddaughter Bartola — a pet name that’s an affectionate nod to former Mets pitcher Bartolo Colon — and she frequently looks (and sounds) betrayed when I put her down for a nap. But then I often hear her singing about barnyard animals or twinkly stars, settling herself into sleep.

Dr. Mehr’s theory is that singing communicates that a particular grown-up — it could be a grandparent as well as a parent, and in many cultures probably is — is paying attention, something enormously important to vulnerable babies.

Which helps explain why it doesn’t much matter how well or poorly you sing. It’s the attention, the feeling, that kids respond to. “You put all the gush into it and it’s the emotive quality that comes across, not whether you hit the right notes,” Dr. Trehub said.

Bartola and I have moved on to favorites by the Temptations and Pete Seeger, and to songs with gestures. Just as Dr. Trehub has written, singing brings us “pleasure, comfort, shared feelings and common purpose.”

And maybe other benefits.

Republished by the NYTimes.