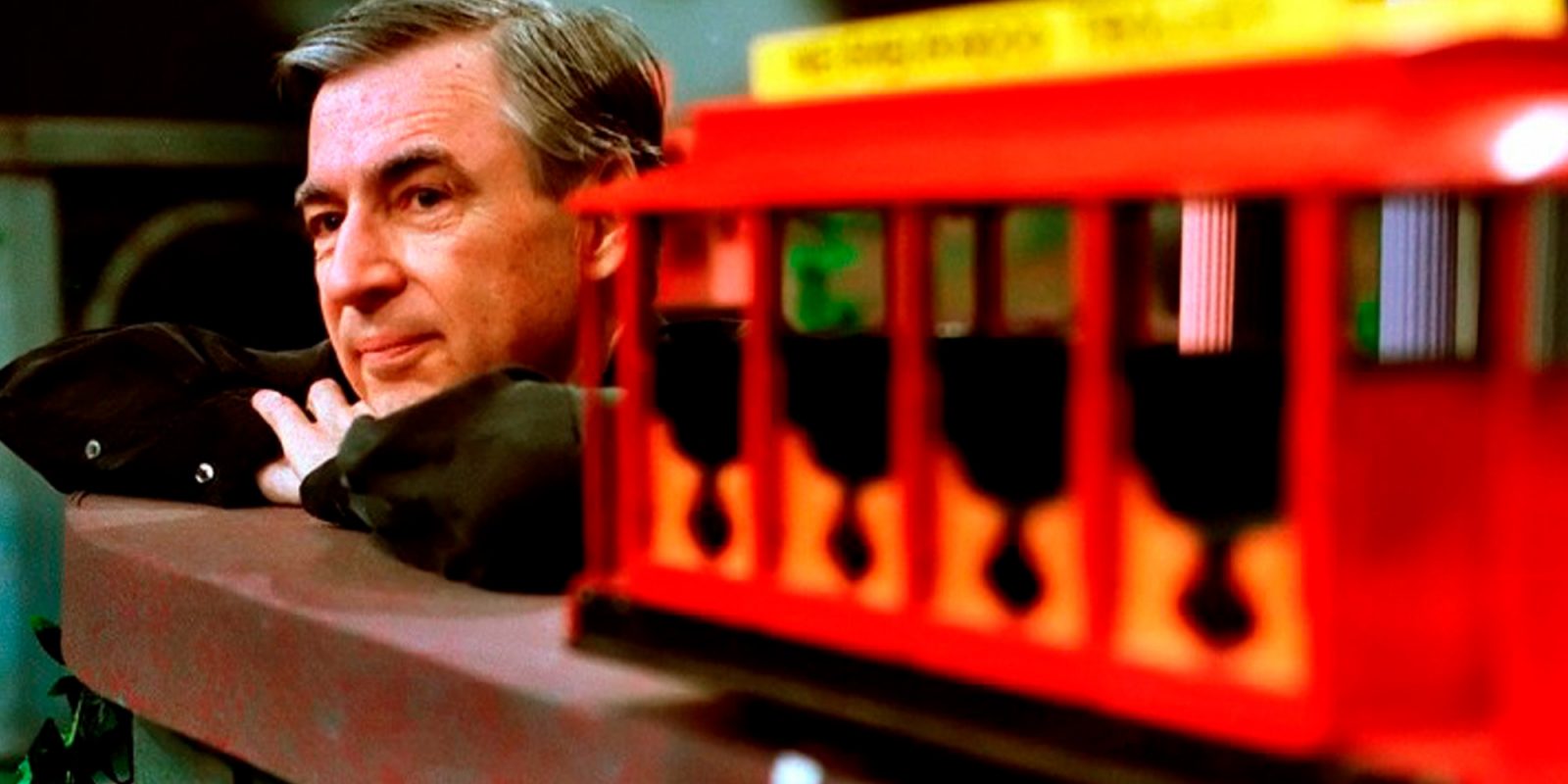 The TV legend possessed an extraordinary understanding of how kids make sense of language.

For the millions of adults who grew up watching him on public television, Fred Rogers represents the most important human values: respect, compassion, kindness, integrity, humility. On Mister Rogers’ Neighborhood, the show that he created 50 years ago and starred in, he was the epitome of simple, natural ease.

But as I write in my forthcoming book, The Good Neighbor: The Life and Work of Fred Rogers, Rogers’s placidity belied the intense care he took in shaping each episode of his program. He insisted that every word, whether spoken by a person or a puppet, be scrutinized closely, because he knew that children—the preschool-age boys and girls who made up the core of his audience—tend to hear things literally.

As Arthur Greenwald, a former producer of the show, put it to me, “There were no accidents on Mister Rogers’ Neighborhood.” He took great pains not to mislead or confuse children, and his team of writers joked that his on-air manner of speaking amounted to a distinct language they called “Freddish.”

Fundamentally, Freddish anticipated the ways its listeners might misinterpret what was being said. For instance, Greenwald mentioned a scene in a hospital in which a nurse inflating a blood-pressure cuff originally said “I’m going to blow this up.” Greenwald recalls: “Fred made us redub the line, saying, ‘I’m going to puff this up with some air,’ because ‘blow it up’ might sound like there’s an explosion, and he didn’t want the kids to cover their ears and miss what would happen next.”

The show’s final cuts reflected many similarly exacting interventions. Once, Rogers provided new lyrics for the “Tomorrow” song that ended each show to ensure that children watching on Friday wouldn’t expect a show on Saturday, when the show didn’t air. And Rogers’s secretary, Elaine Lynch, remembered how, when one script referred to putting a pet “to sleep,” he excised it for fear that children would be worried about the idea of falling asleep themselves.

Rogers was extraordinarily good at imagining where children’s minds might go. For instance, in a scene in which he had an eye doctor using an ophthalmoscope to peer into his eyes, he made a point of having the doctor clarify that he wasn’t able to see Rogers’s thoughts. Rogers also wrote a song called “You Can Never Go Down the Drain” because he knew that drains were something that, to kids, seemed to exist solely to suck things down.

In 1977, about a decade into the show’s run, Arthur Greenwald and another writer named Barry Head cracked open a bottle of scotch while on a break, and coined the term Freddish. They later created an illustrated manual called “Let’s Talk About Freddish,” a loving parody of the demanding process of getting all the words just right for Rogers. “What Fred understood and was very direct and articulate about was that the inner life of children was deadly serious to them,” said Greenwald.

Per the pamphlet, there were nine steps for translating into Freddish:

Rogers brought this level of care and attention not just to granular details and phrasings, but the bigger messages his show would send. Hedda Sharapan, one of the staff members at Fred Rogers’s production company, Family Communications, Inc., recalls Rogers once halted taping of a show when a cast member told the puppet Henrietta Pussycat not to cry; he interrupted shooting to make it clear that his show would never suggest to children that they not cry.

In working on the show, Rogers interacted extensively with academic researchers. Daniel R. Anderson, a psychologist formerly at the University of Massachusetts who worked as an advisor for the show, remembered a speaking trip to Germany at which some members of an academic audience raised questions about Rogers’s direct approach on television. They were concerned that it could lead to false expectations from children of personal support from a televised figure. Anderson was impressed with the depth of Rogers’s reaction, and with the fact that he went back to production carefully screening scripts for any hint of language that could confuse children in that way.

In fact, Freddish and Rogers’s philosophy of child development is actually derived from some of the leading 20th-century scholars of the subject. In the 1950s, Rogers, already well known for a previous children’s TV program, was pursuing a graduate degree at The Pittsburgh Theological Seminary when a teacher there recommended he also study under the child-development expert Margaret McFarland at the University of Pittsburgh. There he was exposed to the theories of legendary faculty, including McFarland, Benjamin Spock, Erik Erikson, and T. Berry Brazelton. Rogers learned the highest standards in this emerging academic field, and he applied them to his program for almost half a century.

This is one of the reasons Rogers was so particular about the writing on his show. “I spent hours talking with Fred and taking notes,” says Greenwald, “then hours talking with Margaret McFarland before I went off and wrote the scripts. Then Fred made them better.” As simple as Mister Rogers’ Neighborhood looked and sounded, every detail in it was the product of a tremendously careful, academically-informed process.