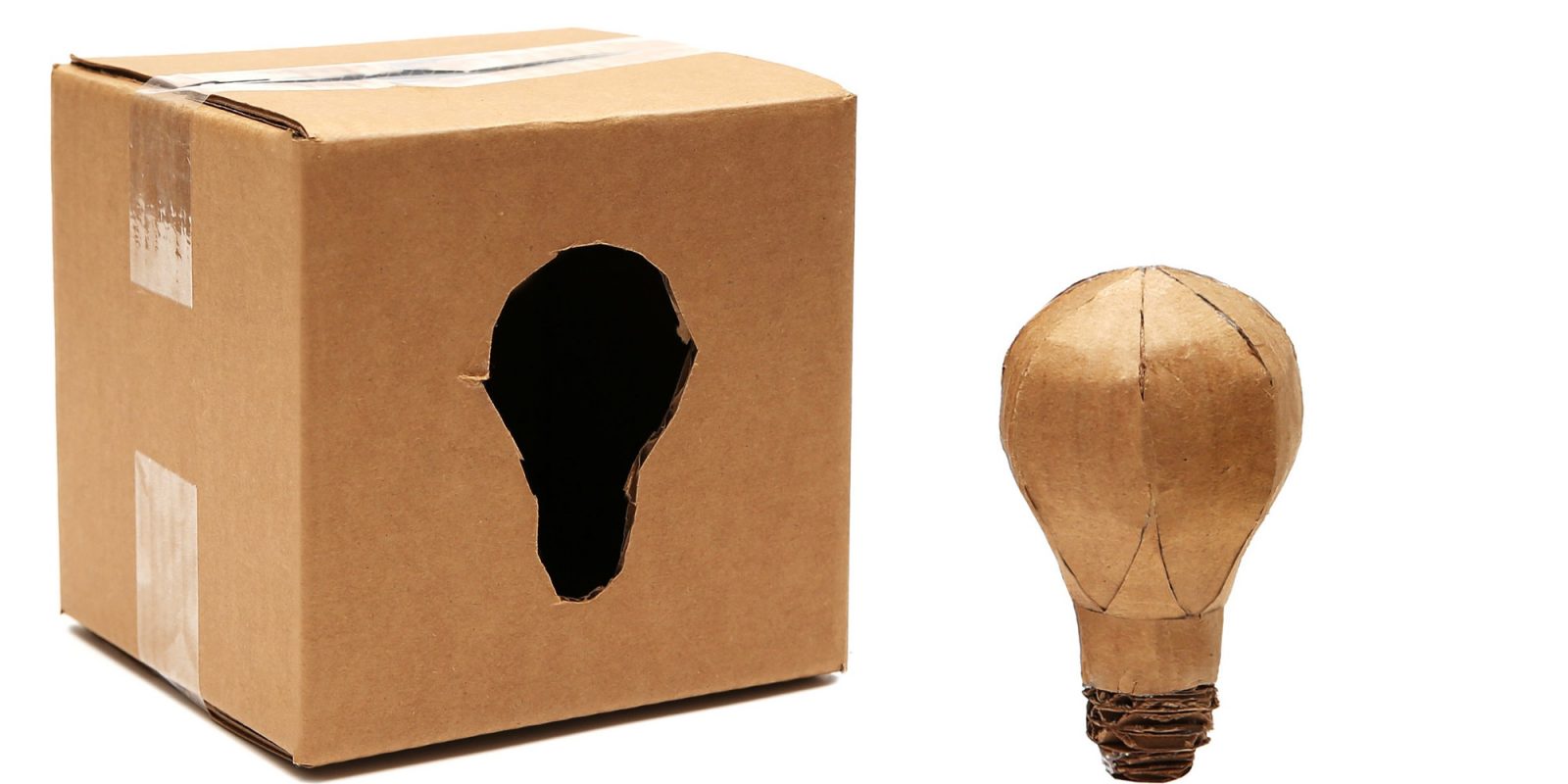 On April 20, Nintendo released a new line of accessories for its best-selling Switch game console. Rather than being digital add-ons, they were physical ones: punch-and-fold parts engineered to turn the Switch console into a piano, a fishing rod or a robot. All are made of cardboard.

On March 4, Walmart ads shown during the Oscars centered on shipping boxes. The writer and director Dee Rees, nominated for “Mudbound,” created a 60-second ad in which the threat of bedtime gets incorporated into a sci-fi wonderland a little girl has imagined inside a blue cardboard box.

In June 2014, Google handed out kits for a low-cost virtual reality headset to be used with a smartphone. The headset was named Cardboard, for what it was mostly made of, and users assembled the units themselves.

In April 2012, “Caine’s Arcade,” an 11-minute short featuring a boy named Caine Monroy, was widely shared on the internet. Caine had spent his 2011 summer vacation building an arcade in the front of his father’s East Los Angeles auto-parts store out of the boxes the parts came in. He had the freedom to create an environment because cardboard comes cheap, and his father gave him space.

These 21st-century storytellers turned to cardboard for the same reasons that children have long preferred the box to the toy that came in it: cardboard is light and strong, easy to put up, quick to come down and, perhaps most important, inexpensive enough for experiment. Cardboard constructions can be crushed, painted, recycled and stuck back together. Cardboard furniture can be adjusted as children grow, and cardboard creations become more sophisticated as children gain skills: It is as malleable as the body and the mind.

Technology companies’ embrace of cardboard’s cool suggests something parents and teachers never forgot: The box is an avatar of inspiration, no charging required. Cardboard is the ideal material for creativity, and has been since the big purchase, and the big box, became a fixture of American postwar homes.

Corrugated cardboard boxes were introduced in the 1880s, and slowly replaced wooden crates as the shipping method of choice. Robert Gair, a paper bag manufacturer in Brooklyn, realized that he could slice and crease paper on his machines in a single step. A box could quickly be cut out and scored, creating a flat blank ready to be assembled as needed, the same construction method exploited by Google and Nintendo. Because flattened boxes were easier to ship and distribute, manufacturers could buy them in bulk, assemble, and then ship their own product to consumers.

As household objects grew larger, the play potential of those boxes increased. The purchase of a new washing machine was a cause for celebration in my neighborhood as a child, as it meant access to a new playhouse in somebody’s yard. Dr. Benjamin Spock praised the cardboard box as an inexpensive alternative to a ride-on car or a readymade cottage. In 1951, Charles and Ray Eames mocked up a version of the packing boxesfor their Herman Miller storage furniture with pre-printed lines for doors, windows and awnings: When the adults bought a bookshelf, their kids would get a free toy.

Cardboard was considered such a wonder material during this era that Manhattan’s Museum of Contemporary Craft (now the Museum of Arts and Design) devoted a 1967-1968 exhibition, “Made with Paper,” to the medium. With funding from the Container Corporation of America, the curator Paul J. Smith turned the museum galleries into a three-dimensional paper wonderland. The CCA also funded a cardboard playground created by students at the Parsons School of Design that included pleated trees, an enveloping sombrero and a movable maze for children to explore.

James Hennessey and Victor Papanek’s “Nomadic Furniture,” published in 1973, was part of a renaissance in DIY instruction, one that emphasized the cardboard’s open-source bona fides, as online instructions for making your own Google Cardboard did. The “Nomadic” authors demonstrated how to create an entire cardboard lifestyle, one that could be tailored to different sizes, ages and abilities.

Cardboard sets you free from the average, as Alex Truesdell discovered when she began to design furniture with children with disabilities. Truesdell, inspired by another 1970s cardboard carpentry book, developed play trays, booster seats, high chairs and other assistive devices made of corrugated cardboard that could help children with disabilities participate fully in society. As founder of the Adaptive Design Association, Ms. Truesdell was named a 2015 MacArthur Fellow for her work. Her organization offers classes and consultation in design and methods at no and low cost, and expects participants to pass on their knowledge. Cardboard, as a material, wants to be free.

Cardboard’s central role in childhood has not gone unnoticed: in 2005, the cardboard box was inducted into the National Toy Hall of Fame. “We were particularly motivated by the exceptional qualities that cardboard boxes hold for inspiring creative, open-ended play,” says Christopher Bensch, vice president for collections and chief curator at the Strong National Museum of Play in Rochester. Nirvan Mullick, the filmmaker who made “Caine’s Arcade,” went on to found a nonprofit group, Imagination.org, that organizes an annual “global cardboard challenge” — one taken up by over a million kids in 80 countries.

At a time when toys have become ever more complex and expensive, it is worth returning to the box, seeing it not as trash but as a renewable resource for play.

For my daughter’s seventh birthday, she requested a cardboard-themed party. (I swear, I had nothing to do with it.) “Cardboard creations” is a highlight of “choice time” at her school, where kindergartners and first-graders have an end-of-day craft session with shoeboxes and paper towel rolls.

We gave up recycling for several weeks before the party and accumulated an embarrassingly large pile in the center of the living room. When the kids arrived, I waved them toward the boxes and bins of glue sticks, washi tape, paint, wrapping paper scraps and stickers.

“Make whatever you want,” I said, and they did.